July 17-19 the 23rd edition of the running race through the Dolomites.

The Dolomites Skyrace in Canazei is a foot race and an event that the mountain sports lovers can’t miss. In 2017 the competition is a trial of the World Championship Golden Trail World Series. 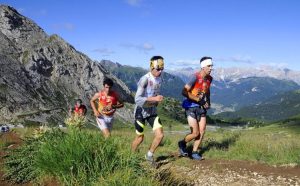 The path of 22 km starts from Canazei and arrives at Piz Boè twisting and turning through woods, paths, slopes, and screes with a difference in altitude of 1702 mt. The athletes of this spectacular Skyrace are called the “Skyrunners” (Corridori del Cielo).
For the viewers, it’s possible to use the cable car to go up to watch the competition.

Arrived in 2020 at its 23rd edition, this year it takes place Sunday, July 19th 2020.
The available places are 800 and this year the first 500 bib numbers run out in a few hours! Last year participants were over 400 runners coming from 22 countries, proving that the Skyrace is an important international event.
For the 23rd edition, there are many events and there will also be the winners of the past editions.

In the first day, on Friday, July 17th 2020, the Vertical Kilometer starts at 9 am at Ciasates to Alba Canazei. At 3.00 pm there is the awarding ceremony of the Vertical Kilometer.
On Saturday, July 18th 2020  at 10.30 am starts in Piaz Marconi the Mini Dolomites Skyrace, a non-competitive competition open to young people up to 16 years old, and ends with the awarding ceremony. It consists in 3 paths that vary according to the participants’ categories:
– Violet path – Baby Category (children born between 2014 and 2019) 490 mt distance, positive difference in height 13 mt. Free participation;
– Green Path – Children Category (born between 2008 and 2013) 1490 mt distance, difference in height 63 mt.
– Red Path – Junior Category (born between 2003 and 2007) 3070 mt distance, 191 mt difference in height.

At the evening there is the presentation of the Dolomites Skyrace. 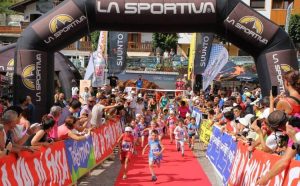 NB:
Awarding: the medals are assigned to the top 3 ranking of every category Male and Female.
Registration >>>

Feast of San Cassiano and Badoche