Feast of San Cassiano and Badoche

A particular celebration is “Badoche”, whose origins date back to the initialize rituals of Celts. The main characters are young women and men, unmarried, dressed traditionally. The first “Badocher”, leading the group, carries a dish adorned with flowers and ribbons, and a dessert or an apple in its centre, to collect offers. Another “Badocher” carries the traditional halberd, a stick adorned with flowers and coloured ribbons, symbol of power.

Badoche brings happiness and the music of the accordions in every house announcing the start of the feast and collecting offers for it. During the Patron’s day the “badochers” and the visitors dances according to the tradition in the main square. A pavilion hosts a restaurant (with typical regional dishes), and a dance hall.

During the day before and the patron saint day the badoche brings happiness and music by the accordions in all of the houses of the town announcing the beginning of the celebration ad collecting the offerings for it. In San Cassiano’s feast people, invited by the badoche, celebrate with traditional dances at the main square according to a well-defined sequence. The patron feasts are then completed by the restaurant pavilion that offers typical plates of Valle d’Aosta tradition and a dance pavilion.

Everybody dances the Badoche dance, even the Mayor! 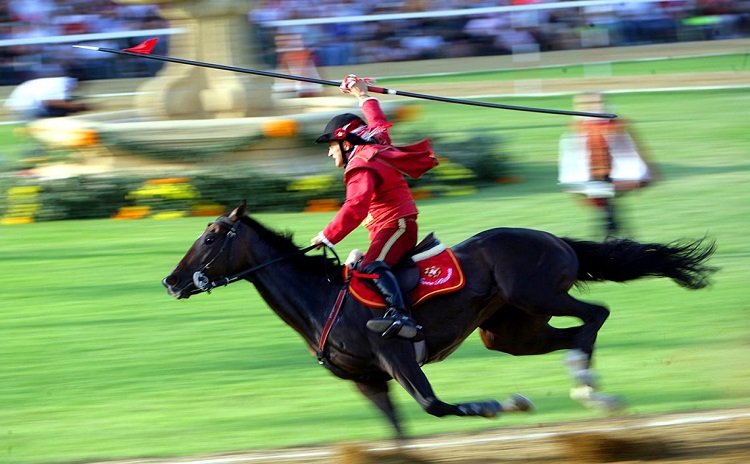