The Feast of Celestinian Forgiveness – L’Aquila 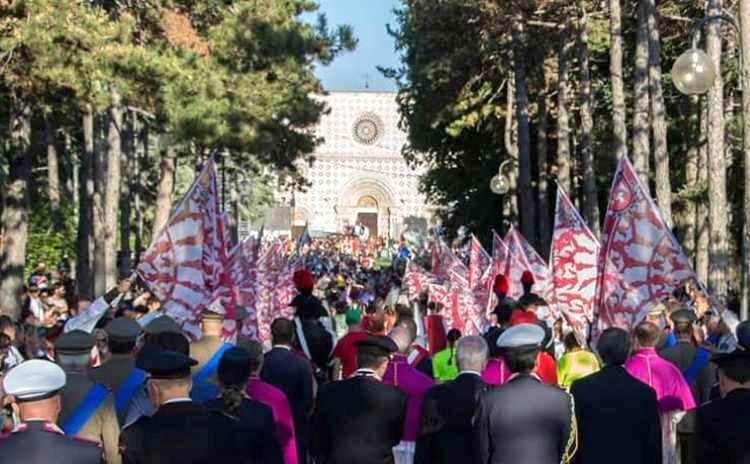 From August 23rd to 29th 2021, the city of L’Aquila celebrates the 728th edition of theFeast of Celestinian Forgiveness (Perdonanza Celestiniana), a historical and religious feast considered to be a forerunner of the 1300 Jubilee by Pope Bonifacio VIII.

The Feast of Celestinian Forgiveness draws back to the bull issued by Pope Celestine V in 1294 granting a plenary indulgence to all pilgrims visiting Santa Maria di Collemaggio Church on August 28th and 29th.

And this year (2022) it will be Pope Francesco to celebrate the Holy Mass and open the Holy Door on the morning of August 28th, as a start of the three-year period of preparation for the 2025 Jubilee.

The celebration of Forgiveness is preceded by the two weeks of the “Path of forgiveness” which crosses 23 villages along an 80 km itinerary and ends on August 23 in L’Aquila, where the feast begins with a series of cultural events and re-enactments.

August 28th is the day of the solemn celebration introduced by the “Corteo della Bolla“, a historical costume procession that moves from the center (Palazzo Margherita) to the Basilica of Collemaggio, where Pope Celestine has been buried.

There are three symbolic figures in the parade: the Bull Lady ( the woman carrying the ancient Papal Bull) the Young Lord (carrying an olive branch to open the Holy Door) and the Cross Lady (cross that has to be used to open the door).

In front of the church takes place the ceremony: the mayor reads to the citizens the bull and this year the Pope knocks on the door three times with the olive branch. This way he can let the citizens in.

After the parade, there is a live concert hosting Italian and European artists.

IF YOU COME TO ABRUZZO, discover its territory>>> and taste its typical food>>> 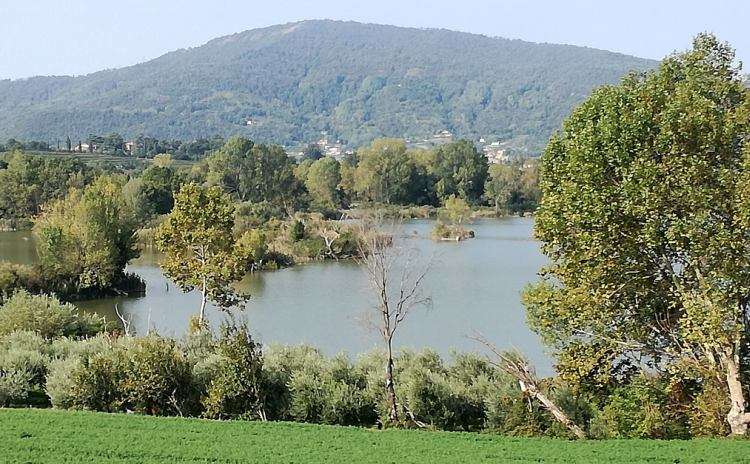