From February 3rd to 5th, 2023, the feast of Saint Agatha, Patroness of the city 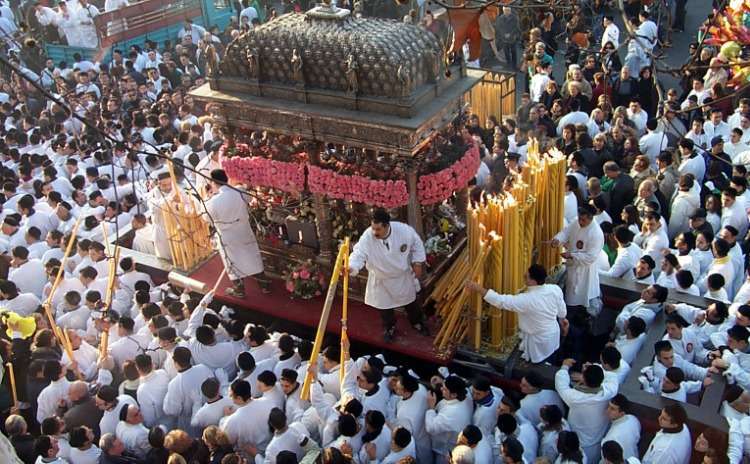 From February 3rd to 5th, 2023, Catania celebrates the feast of Saint Agatha, martyr and Patroness of the city

The first day is reserved to the candles offer that, traditionally must be as tall and heavy as the person who is asking for protection to the Saint.
Also all the public authorities of the city participate in the procession where it is possible to admire two 18th century’s wagons and eleven “candelore”, huge church candles representing the old corporations.
The evening choirs and a big firework show in Piazza Duomo reminds that Saint Agatha died burnt in the fire. That’s why she is now controlling the Etna’s fire and she is considered the protector of all fires.

The second day is dedicated to the procession consisting in carrying around the Saint’s statue to reminisce the places connected to her life and martyr.
Since early morning the city streets are filled with “citizens” who wear the traditional “sacco” (a long votive white shirt unto the ankle and tied at the waist by a cord), a black velvet beret, white gloves and they wave a white handkerchief with thick folds. It represents Catania’s inhabitants typical clothing of 1126, when they welcomed Saint Agatha’s relics which returned from Costantinople. Once the small chamber, where they conserve the bust of Saint Agatha, is opened, covered with gold and precious gems, the bust leaves the cathedral for the long procession along the city streets.

At the dawn of the third day, in via dei Cruciferi, the Saint is greeted with an old song by the cloistered nuns. Then the Saint is taken again to the cathedral and the feast ends again with a firework show.

The Feast of Saint Agatha is celebrated twice a year: on February and August.
The February feast is the more important lasting 3 days, while the following feast in August lasts only one day. It celebrates the return of the remains of Saint Agatha in Catania in 1226, after they were stolen and conserved in Costantinople for 86 years. Also in August, great fireworks color the sky starting from the Catania’s harbor and the church of Saint Placido, a real rarity.

In 2002 the Feast of Saint Agatha was inscribed in the List of Unesco Intangible Cultural Heritage of Humanity.

For any further information see also the facebook page>>> 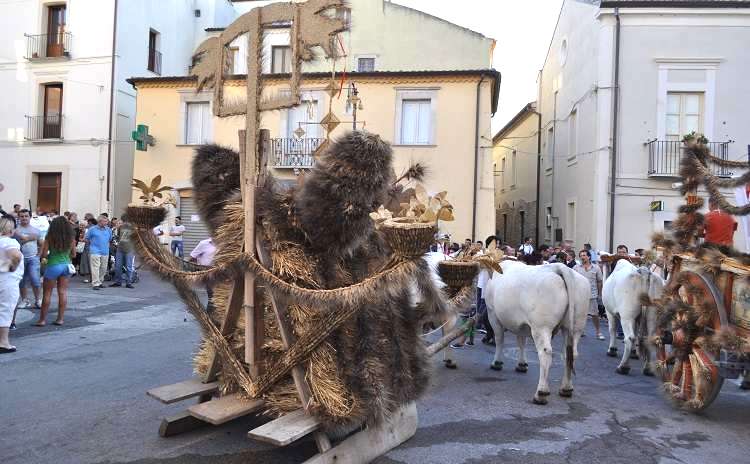 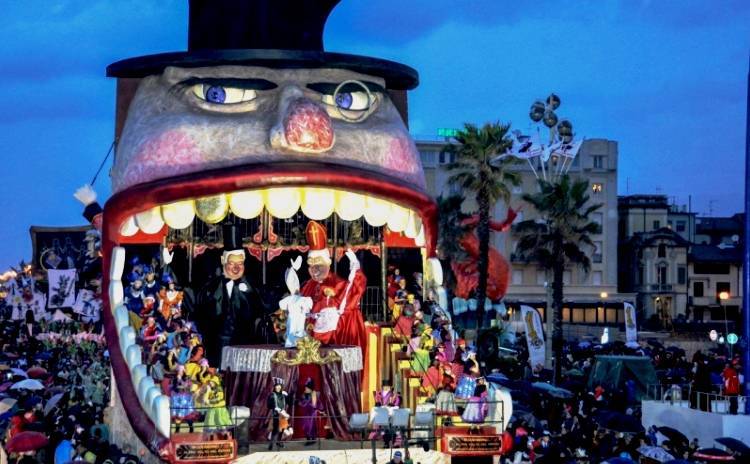 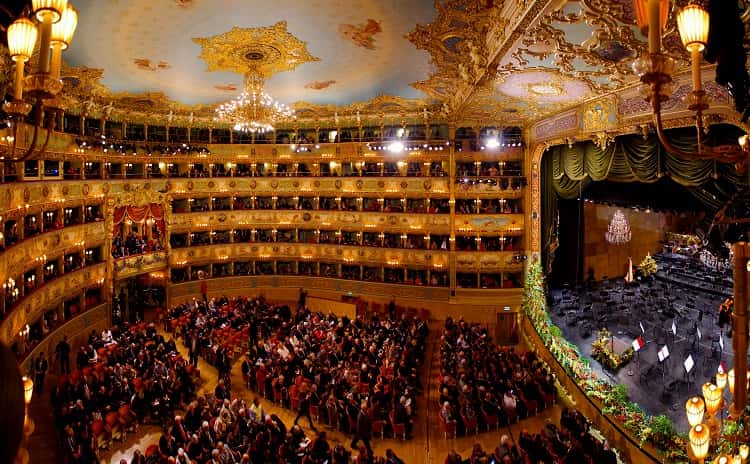