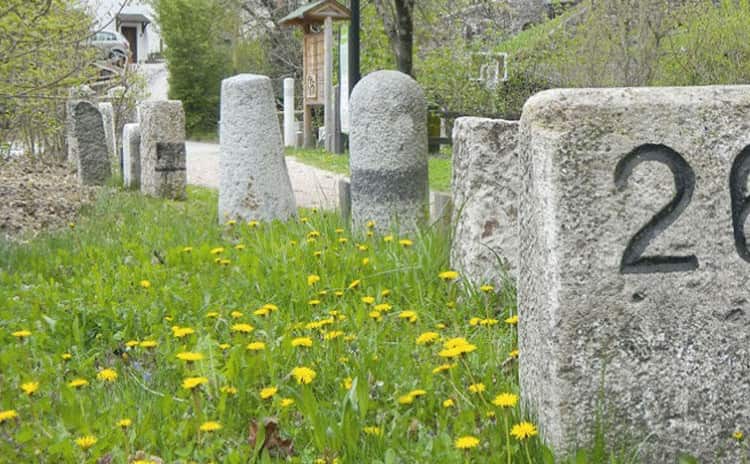 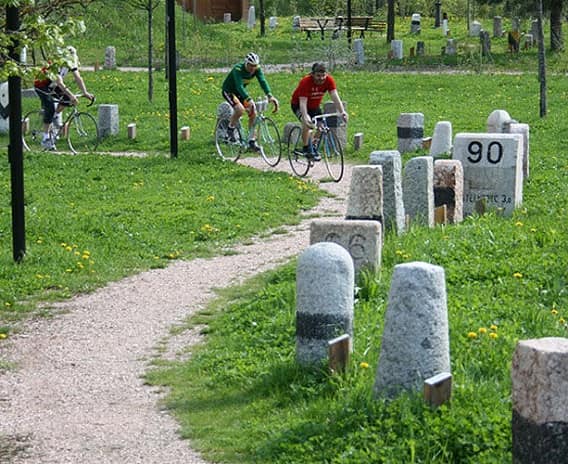 The Guard stone Museum is located in Canezza – a hamlet of Pergine Valsugana in the province of Trento, in the initial part of the cycle path that leads from Canezza to Palù del Fersina.
It is a unique open-air museum in the world that hosts more than 200 examples of real guard stones from roads that have made the history of cycling in Trentino, in Italy and in the world.

It was created by Dario Pegoretti, a passionate cyclist, who wanted to dedicate each of the road rocks to a champion or a personality of the great cycling of the present and above all of the past, a sort of Spoon River with a cycling imprint.

There is the guard stone dedicated to Fausto Coppi, the one for Gino Bartali and the one for Marco Pantani, and so on. Along the paths delimited by the guard stones visitors can come across greatest cylclists: Eddy Merckx, Jacques Anquetil, Felice Gimondi, Louison Bobet… up to others like Carrea and Giuliani as a memorial exposition of their achievements.

Each guard stone is also accompanied by a plate explaining the origin and the material: in granite, in cement, in wood and in plastic: the one coming from the Dolomite passes and the one taken from the hairpin bends of the Pyrenees or from the roads of the Great Northern classics.
It’s like having available the cycling almanac.

CYCLING IS YOUR PASSION?
Discover a selection of cycle paths and cycle routes in Italy>>>

And do you know that in Novi Ligure there is the Cycling Champions’ Museum? It is dedicated to Fausto Coppi and Costante Girardengo and tells the story of cycling>>>

OTHER CURIOUS MUSEUMS?
Italy hosts many themed and interesting museums created from the passion of their founders. See a selection of Curious Museums around Italy>>> 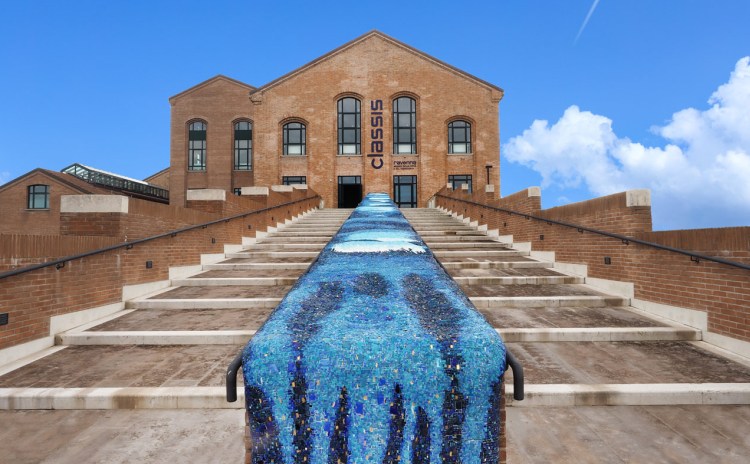 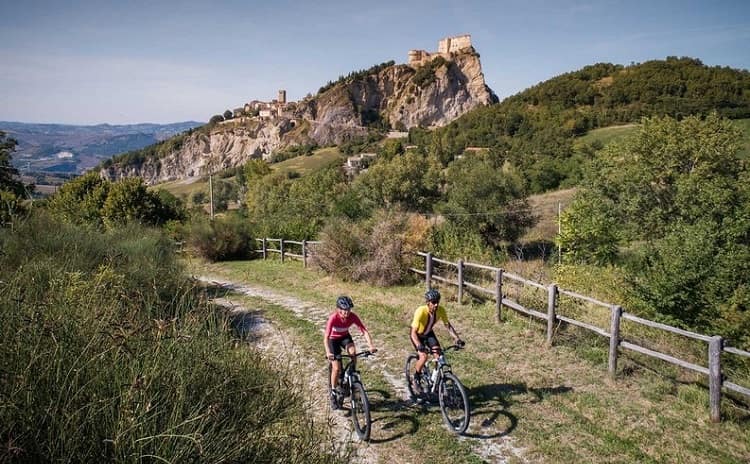 Via Romagna cycle path, through 4 provinces